William Tatton Winter attended the Manchester Academy of Fine Arts and also spent some months at the Antwerp Academy under Charles Verlat.

Tatton Winter made frequent visits to Europe, in particular Belgium and Holland. It appears to be the influence of the Dutch school which is most apparent in his work, particularly in his frequent choice of a low horizon. Echoes of other landscape painters, in particular Corot and Daubigny can also be detected, as well as earlier English artists such as John Constable and David Cox the Elder. In 1924 he had the honour of being one of the artists chosen to provide a miniature painting for Queen Mary's Dolls' House, now at Windsor Castle. 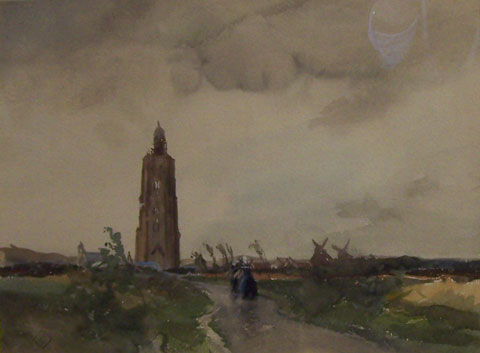 A Squall near Domburg