Born in London, Sandra Blow entered the St Martins School of Art in 1940 and then studied at the Royal Academy Schools shortly after WWII. In 1947 she spent some time in Italy, returning to London in 1950.

Sandra Blow was one of the pioneering abstract painters of the 1950s who introduced British art to a new informal expressiveness, using cheap and often discarded materials such as sawdust, sackcloth and plaster, alongside the more familiar material of paint. In the 1960s, Blow lightened her palette and for most of the rest of her career used easily manipulated collage materials, such as torn paper or brightly coloured canvas cut-outs, in her often large-scale pictures. 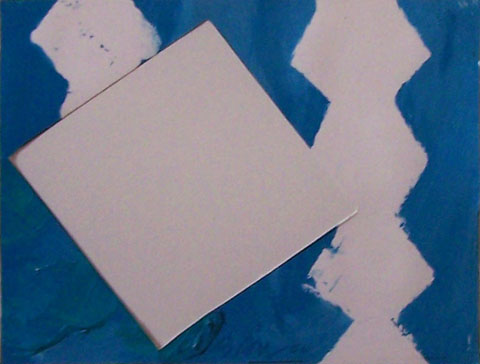