Charles Francois de la Traverse was a student of Boucher at the Académie Royale de Peinture, and won joint second prize with Philibert-Benoit de la Rue (behind Jean-Baptiste Hutin) with his painting ‘Elisha raising the Shunammite’s son’. He then entered the Ecole Royale des Elèves Protégés, before being sent to the Académie de France in Rome as a pensionnaire du Roi in 1751. During his time in Rome, la Traverse met the Marquis d’Osuna, Ambassador to Spain in Naples, who invited the painter to go to Madrid with him. Unfortunately, none of the paintings la Traverse executed in Spain can now be identified. He returned to France in 1778.

La Traverse is better known for his drawings than his paintings, although little is now known of his work. Some was probably given to his illustrious student Paret y Alcazar and it is very likely that a large portion of it is still in Spain and is misattributed. 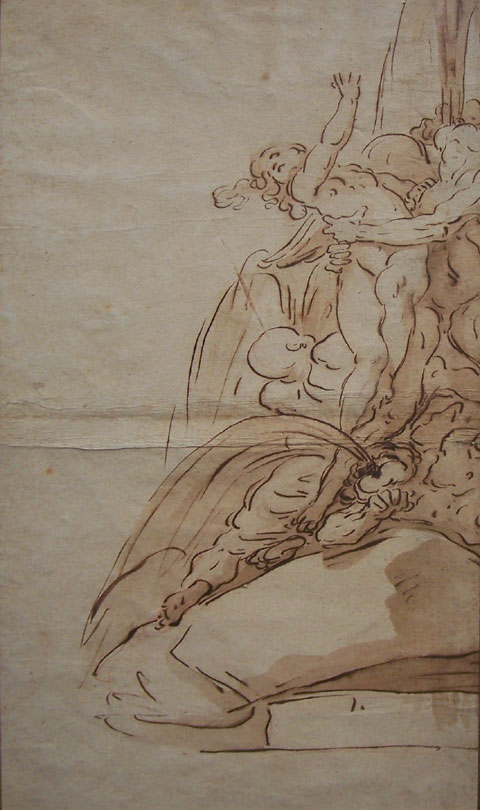