Lynn Chadwick was an English artist and sculptor, originally trained as an architectural draughtsman, who began producing metal mobile sculpture during the 1940s.

Chadwick worked as a draughtsman for several London architect's practices until 1939, focusing on techniques of watercolor and oil painting. He served as a Royal Navy pilot in the Fleet Air Arm (1941–4) and then worked as a freelance designer until 1952.

Chadwick was commissioned to produce three works for the 1951 Festival of Britain exhibition. He exhibited at the Venice Biennale in 1952 and won the International Prize for Sculpture in Venice in 1956. His work is included in most major public collections, including that of the Tate Britain. 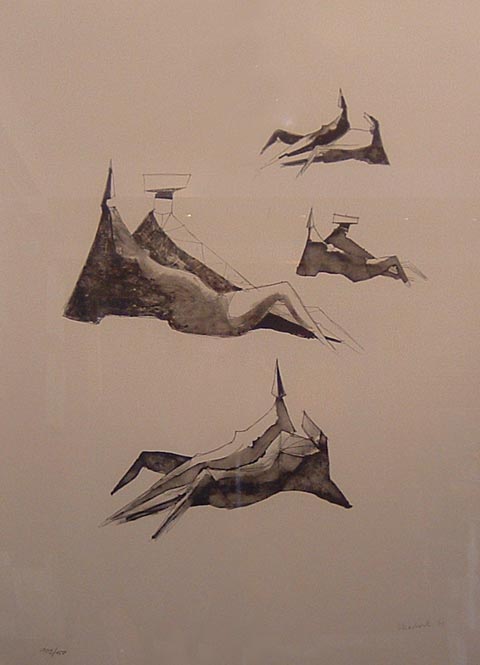